- It was both a combination of realism and the movable figures 1/12 scale assembly kit [Little Armory]. Latest in November, the line-up and 64-expression rifles of the Self-Defense Forces, the M1911 series is a masterpiece of the handgun world. [Showa Self-Defense Forces] is the theme.

[About 64 Expression rifle Type
- After the war for the first time been developed and designed in Japan, and formality adopted domestic assault rifle in 1964.
- High hit accuracy, short buttstock tailored to the physique of the Japanese, such as to facilitate the control and the low reduction bullet holding 7.62mmNATO bullets and the same shape while charge amount, it is firearms features of the Self-Defense Forces firearms unique is seen.
- In our kit, two-legged and floor Onoe plate of open or closed, dedicated bayonet detachable, the magazine of the full-size accessories. Wooden parts and other components, such as metal, such as stock and grasp will be reproduced in color coding of resin. 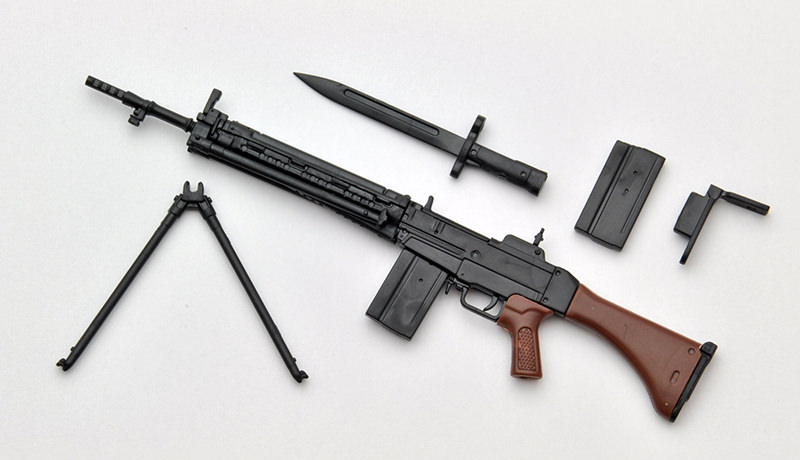 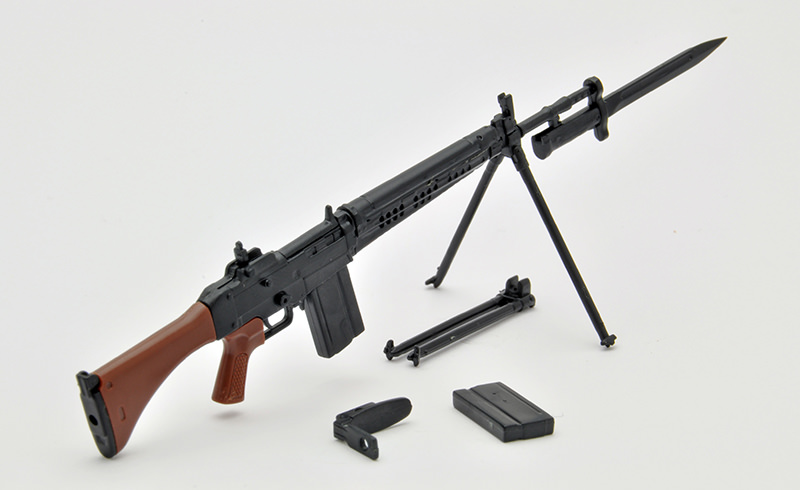 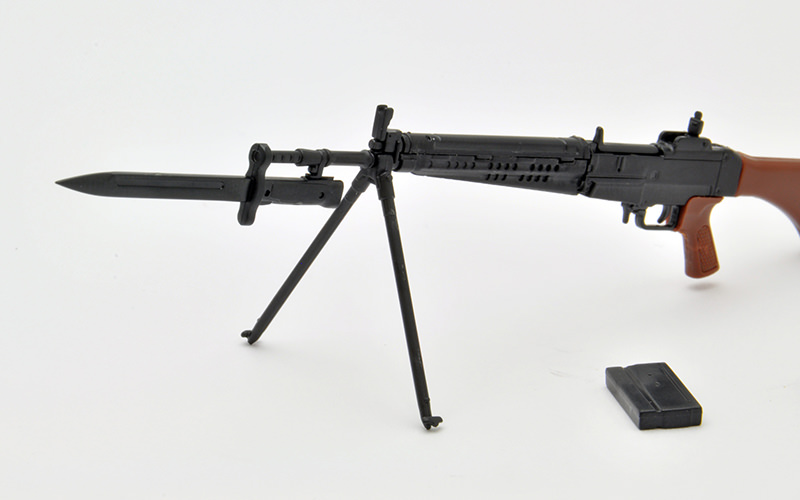 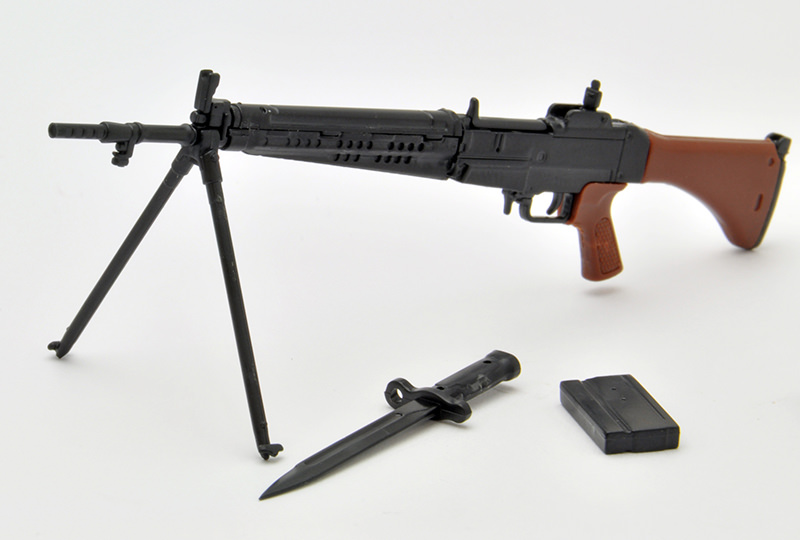 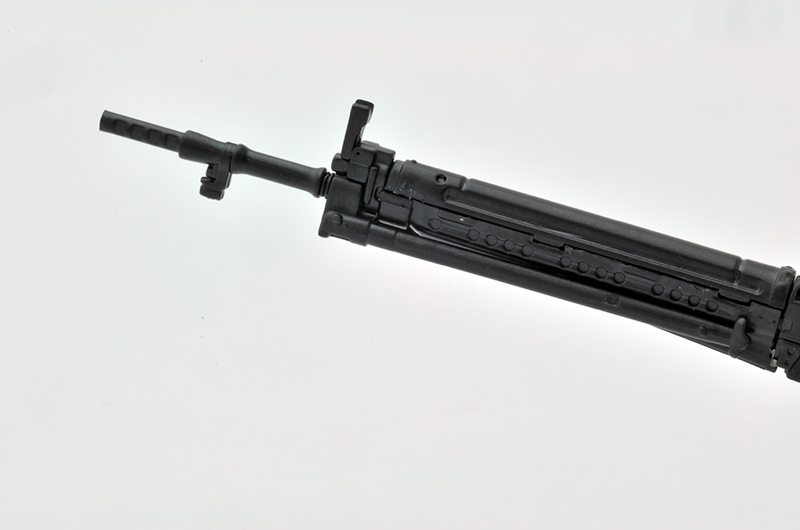 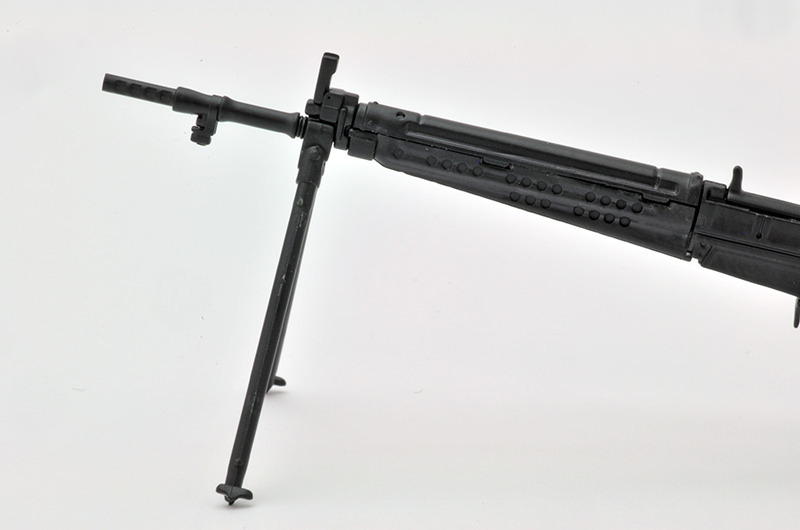 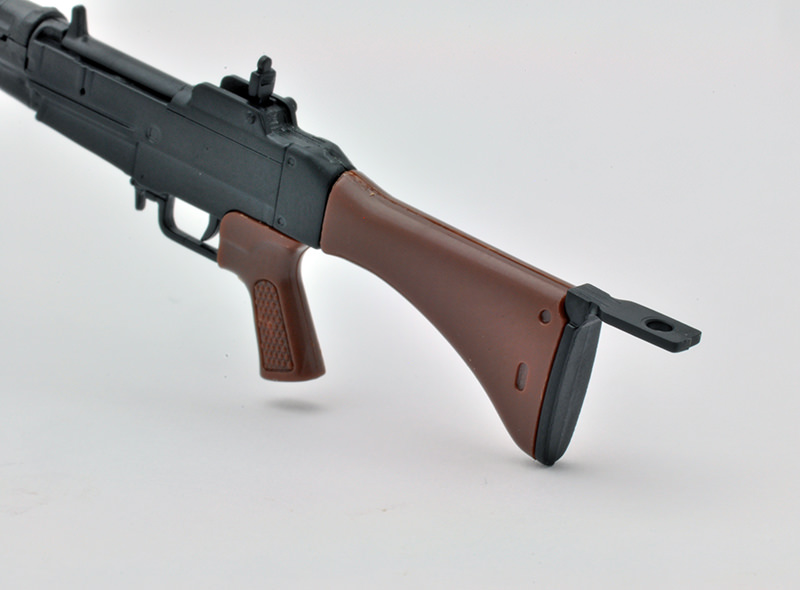